All our trainers are working in IT Industry and have 5+ years of working experience. We conduct offline iOS App Development training classes in Pune and Online on Zoom during weekdays and weekends.

Contact us to enroll yourself in the next batch.

Why Join Exaltare For iOS Training

Exaltare is one of the top iOS app development classes. If you want to crack top MNC interviews, then Exaltare is the right choice. We give attention to Fundamental concepts of programming, which help you clear any interview. We give special attention to each student and make sure they perform better.

Industry-working professionals conduct iOS app development classes with 5+ years of experience. Out Trainers teach you the concepts required by the Industry.

You can join our 3month internship program after completing the iOS app development training in our Pune office. You will get to work on our live project.

At the end of the training, you work on a live project. Exaltare Technologies has multiple projects in-house. You get a chance to work on these projects.

Upload your app to the play store

We help you create your first mobile application and upload it to the app store. Uploading your app is the most exciting experience for any developer.

Once you have finished the iOS app development training course, we will arrange mock interviews. Here we prepare you for your company interviews.

A professional resume is required to stand out from the crowd. Our experts will help you resume writing, including all your curriculum and training experience.

iOS (formerly iPhone OS) is a mobile operating system created and developed by Apple Inc. exclusively for its hardware.

What are the job opportunities in iOS?

iOS job opportunities and immense. There is increasing demand for iOS app developers in MNCs as each business needs a mobile app.

Why should I learn iOS App development?

iOS mobile apps are the top apps in the market. Nearly 40% of people use iOS. The average iOS developer earns more salary than other developers.

What is the salary package for iOS developers?

iOS developers are highly sought-after developers in the IT industry. The Average Fresher’s salary varies between 3 Lakhs to 5 lakhs. The average salary of an experienced developer varies between 2.5X to 2.5X the developer’s experience. If your skills are excellent, you can get a higher package in the product-based companies.

Why we started the Training Institute

See our video to understand the importance it iOS and the job opportunities.

The Android Training Institute syllabus gives you in-depth knowledge of the Industry. Being the Top Android app training institute in Pune, we ensure our students are ready for placements.

The Syllabus content is always in sync with the latest Android release. At the end of your Android app development training, you will release your android app to the google play store.

Learn how to communicate with services over the network using both SOAP & RestFul services.

Familiar with the steps involved in mixing code from other languages. 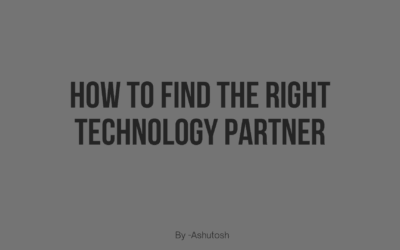 How to find the right Technology Partner for your software project?

Have a great idea and want to develop software for the concept? Then here are a few tips to find the right technology partner for your idea. The article will be helpful for  1) Startup owners 2) Idea stage companies 3) Product Idea The most important...

END_OF_DOCUMENT_TOKEN_TO_BE_REPLACED 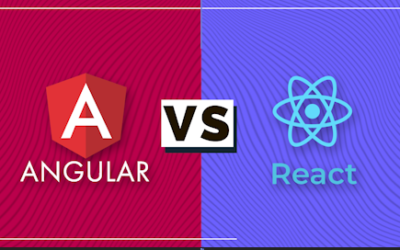 When you think about the JavaScript Ecosystem, you will almost certainly think of Angular and React, as they are two of the most popular front-end development frameworks. Choosing the right javascript frameworks is fundamental confusion! Choosing the one for the right...

END_OF_DOCUMENT_TOKEN_TO_BE_REPLACED 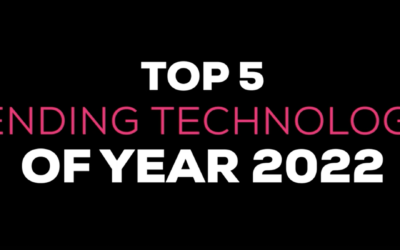 Here are the top 5 technology trends for 2022 that will shape our future. AI remains my top personal choice because much work still needs to be done. Edge computing is the rising start in the list. https://youtu.be/5HtKJiAuUqk 1) Artificial Intelligence ...

END_OF_DOCUMENT_TOKEN_TO_BE_REPLACED

We have a fully transparent Fees Structure.

We provide group discounts for a minimum of 4 people.

Work for 3 months on the real world android aproject.
₹40,000
Contact us

Here are answers to some questions related to hiring Flutter app developers or the Flutter platform which are frequently asked by our clients.

Why should I join Exaltare Technologies for iOS app development training?

To gain practical knowledge. Exaltare Technologies provides IT services, and we do live projects for our clients. We know the Industry requirements, and you can get a chance to work on a live project.

Do you provide a Certificate after the iOS App development training course?

Yes. We provide the certificate to every student who completes the iOS app development course. We are the best iOS Training Institute in Pune.

Do you have Online iOS App Development classes?

Yes. We have online and offline modes for iOS app development. Due to the pandemic, most of our students prefer an online android app, development classes.

What is the Experience of your iOS Trainers?

All of our trainers are working in the industry and have a minimum of five years of experience in Mobile app development. The trainers conduct offline batches for iOS App development training in Hinjawadi Pune.

Do you provide a group discount for iOS training?

Yes. If you are a group of students and want to join our training, we can give your group a discount for iOS app development training in Pune.

Why Exaltare is top iOS training institute in Pune?

We believe in practical knowledge. We give the best iOS training in Pune. Our trainers are working in Industry and you get the live project experience.

We use cookies on our website to give you the most relevant experience by remembering your preferences and repeat visits. By clicking “Accept All”, you consent to the use of ALL the cookies. However, you may visit "Cookie Settings" to provide a controlled consent.
Cookie SettingsAccept All
Manage consent

This website uses cookies to improve your experience while you navigate through the website. Out of these, the cookies that are categorized as necessary are stored on your browser as they are essential for the working of basic functionalities of the website. We also use third-party cookies that help us analyze and understand how you use this website. These cookies will be stored in your browser only with your consent. You also have the option to opt-out of these cookies. But opting out of some of these cookies may affect your browsing experience.
Necessary Always Enabled
Necessary cookies are absolutely essential for the website to function properly. These cookies ensure basic functionalities and security features of the website, anonymously.
Functional
Functional cookies help to perform certain functionalities like sharing the content of the website on social media platforms, collect feedbacks, and other third-party features.
Performance
Performance cookies are used to understand and analyze the key performance indexes of the website which helps in delivering a better user experience for the visitors.
Analytics
Analytical cookies are used to understand how visitors interact with the website. These cookies help provide information on metrics the number of visitors, bounce rate, traffic source, etc.
Advertisement
Advertisement cookies are used to provide visitors with relevant ads and marketing campaigns. These cookies track visitors across websites and collect information to provide customized ads.
Others
Other uncategorized cookies are those that are being analyzed and have not been classified into a category as yet.
SAVE & ACCEPT